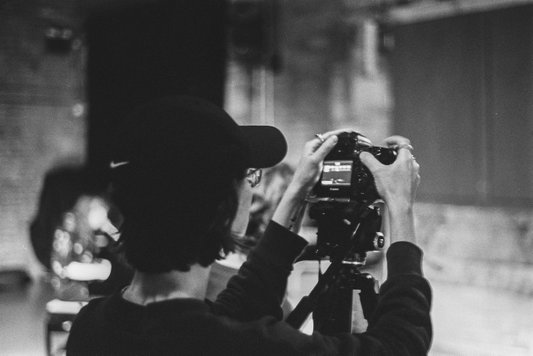 I create films to explore different realities and bodies, and to transport viewers to new mental spaces. My films are inspired by research in neurology and philosophy, in particular the idea of human perception — the gap between the world and our representation of it. Recently my subject matters have expanded to include questions of queer identity.

My work has been shown in exhibitions and film festivals in the UK and abroad.

I also work as a freelance film director and producer, having made music videos

Crackers, as well as Abbey Road Studios, Culture Mile and the concert series Listenpony. In 2019, I researched and produced a documentary about the youth climate change movement (‘THIS IS AN EMERGENCY, WE ARE THE RESCUERS’) for Dazed digital.